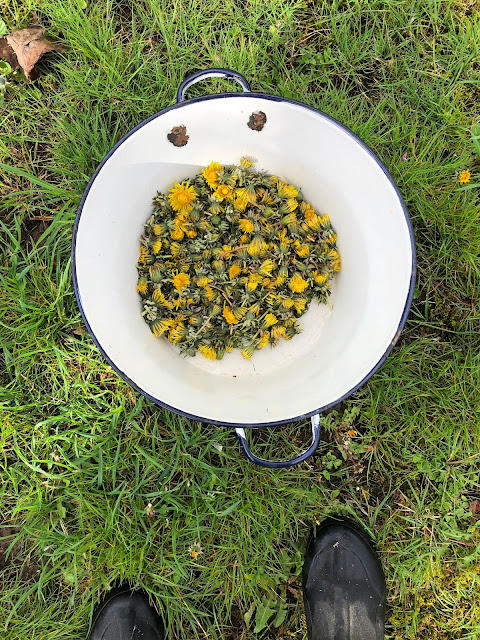 At the beginning of April this year, dandelions were blooming all across the neighborhood-- in our yard, in the beautiful yard of our neighbors across the street, and so on. I'd recently picked up a copy of the book Homemade Root Beer, Soda, and Pop sat a secondhand store, and remembered that there was a recipe for homemade dandelion champagne inside that I was curious to try. This is a really fun book, and I know we'll use it many times. I'm excited to try out other recipes like Elderflower Champagne, Molasses Switchel, Sarsparilla Soda, etc. There are more 'modern' recipes, if you will, like lemon lime soda or root beer-- but my heart is with the herbs/roots/flowers of old.

I've done some home brewing in the past-- sometimes with ex-boyfriends, sometimes on my own, and most of the time I have done more traditional ferments for alcoholic beverages. I especially love the book Sacred and Herbal Healing Beers, both for the recipes, and for the stories and long history behind the recipes.


This time around, I wanted to create something that the kid could participate in, and get her excited about fermentation at home (maybe kimchi or pickles will be next!). 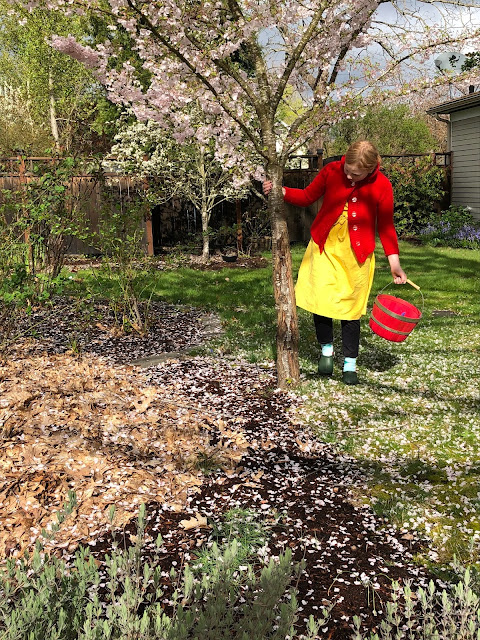 We already had some brewing supplies, including the bottles pictured below, a glass carboy, and a bottle capper (the same one linked here, which has been great!). Over time, as my friends have borrowed equipment and moved around, I seem to have lost other requisite supplies. We picked up everything else we needed at Homebrew Heaven here in Salem, Oregon-- including yeast, sanitizer, an auto siphon, tubing... and maybe a couple of other things I can't remember.

Following the recipe on page 76 for Dandelion Champagne, which includes ingredients like dandelion blossoms, raisins, lemon, and grapefruit, we crafted a brew that didn't require any initial fermentation like one does for alcoholic beverages, but instead strained and bottled directly. The recipe suggested checking the carbonation at 72 hours, and again at 96... and BOOM! The bottles didn't explode at 72 hours, but when we checked they certainly erupted like champagne and made a real mess. I'd recommend checking slightly earlier than that mark, to save yourselves the trouble. 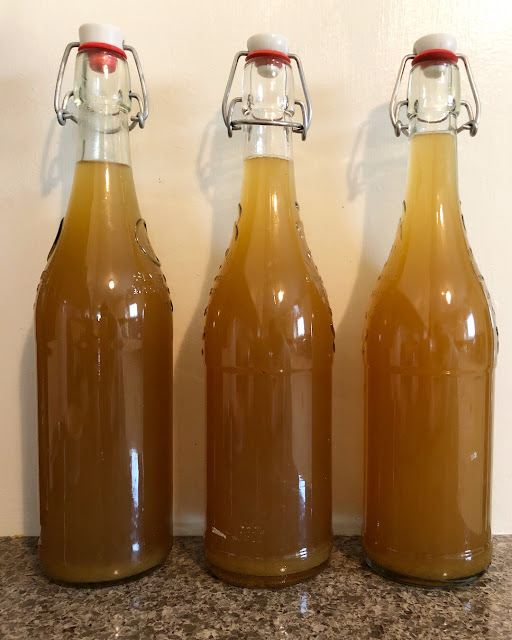 The Dandelion Wine was interesting. The kid liked it, but I think that's in part because it was fun to make and tasted sweet... but truthfully, it had an astringent aftertaste. Doing some research, I've learned that it's best to use only the petals from the flowers because the greens attached to the dandelion blossoms can be rather bitter, particularly if its later in the dandelion season. I'll consider it a lesson learned. 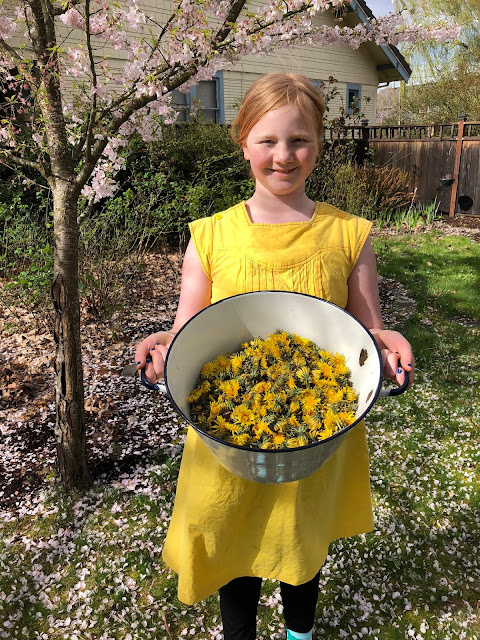 Note: I called it Dandelion Soda to avoid the concern people raised when I said I was making 'Wine' for our family, including the kid-- even though it's practically a non-alcoholic beverage  (less than 1% alcohol in a glass of homemade soda, typically) because of the very short fermentation period.

Have you made naturally fermented sodas at home? What did you make, and how was your success?
Email Post
Labels: brewing farm fermentation food forage garden handmade home kids learning