In approximately 2011, I was gifted some beautiful sheeps wool already prepared into this pretty roving, stranded bi-color black and white, and I feel nearly certain that this is Jacob sheeps wool but I can't be certain since the gifter bought it from a farmside table. Endearing, right? 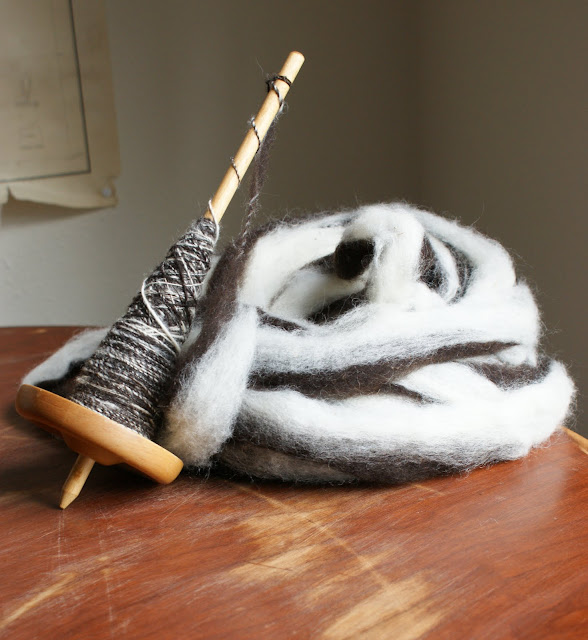 This yarn was spun very early in my spinning career, shortly after I had taken a spinning class and was only using a drop spindle for production. I had relocated from Utah to Washington, and took the wool with me. 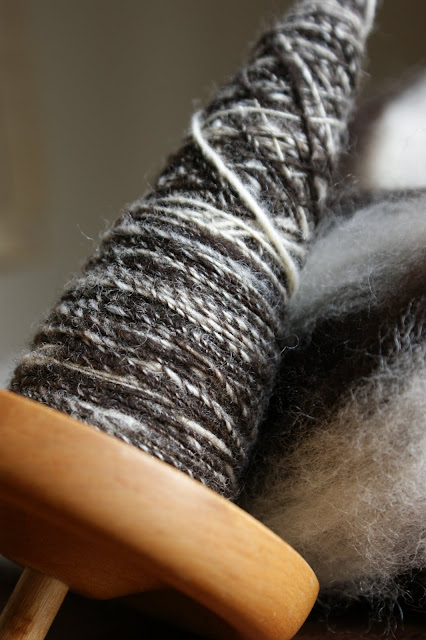 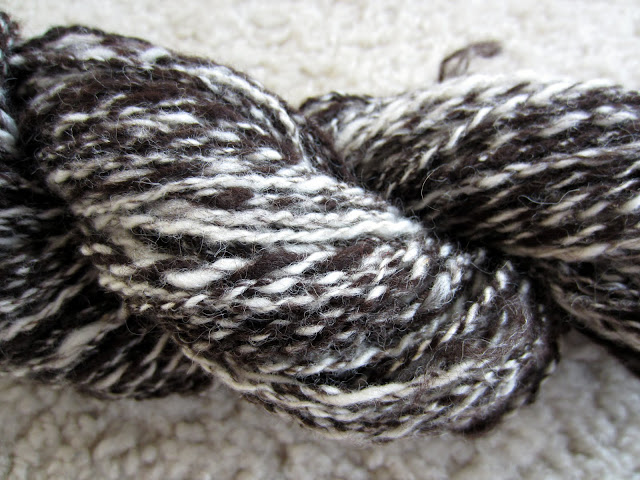 The yarn itself was spun into single and then 2 plied against itself, resulting in a very homespun-feeling yarn. I've never used it for knitting, but believe it's still tucked away in my handspun stash somewhere amongst lavender sachets and the wooden hand cards that I hated using. 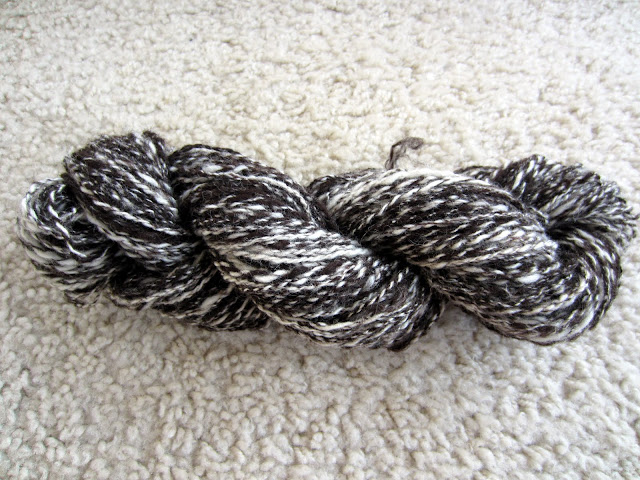