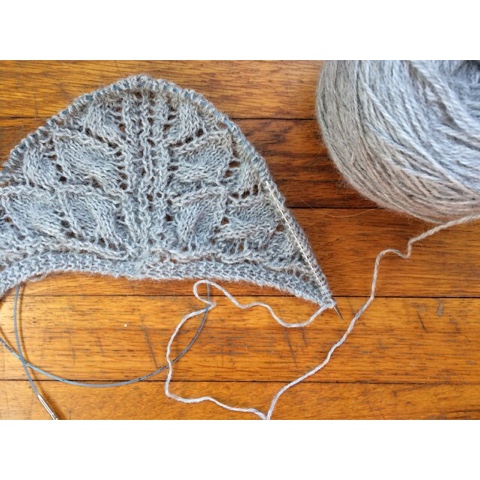 This blog has all but expired, sitting here collecting dust in the corners of the Internet while I plug away at real life. It's interesting to see the ebb and flow of the blog, and how much more creative/willing I feel to engage in pleasure-writing when I'm not stuck in front of the computer 8 hours a day. I digress, apologetically.

My point here is to say that for the few followers that may still exist, I do too! And I picked up my knitting needles after months away due to a really dumb story:

In an effort to be more stitchy, I started carrying a knitting project with me for waiting periods throughout my day-- before classes (I'm back in college to finish my undergrad degree), on break at work (still doing social services), and on the bus.

Like the fart that I am, I LOST, straight up LOST, my exchangeable Addi Lace set-- the entire case of them. I put up lost ads, cried for a minute, and nearly clicked the purchase button online TWICE, but felt shitty for losing another important thing and for spending money on something that may someday turn up. 3 months later I saw them sitting in the lost and found box at my office reception area-- nobody there had mentioned to our work knitting group that they were found after a lunch movie party one day! I was both overjoyed and unreasonably pissed to have not knitted for 3 months while they sat approximately 10 yards from my desk. The break from knitting was probably best for me anyway, due to school, but isn't misplaced annoyance laughable after it's said and done?

Once found, I decided to forgo the various sweater projects sitting unfinished and cast on a new shawl instead (A New Season by maanel on Ravelry, knitting in generic 100% alpaca from Weaving Works in Seattle) since washing/felting my handspun Brass and Steam scarf. 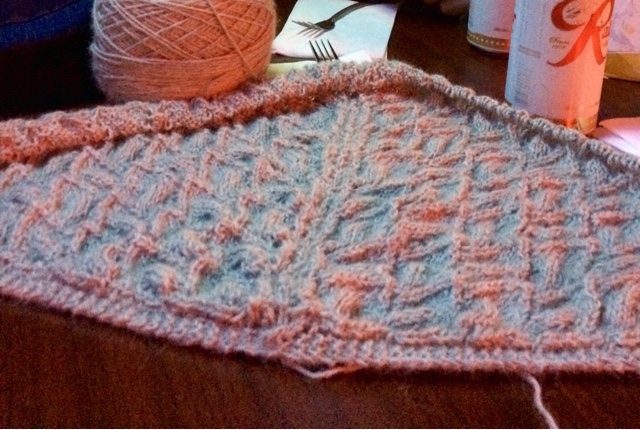 Life is good, because knitting in low-light bars amongst friends and strangers is socially acceptable in Portland and because I am really pleased with more important personal matters like the people I love, the wedding (!!!!!) we are planning, my new experience of being a step-parent (!!!!!), and everyday satisfactions like getting licked in the face by my massive(ly lazy) St. Bernard. 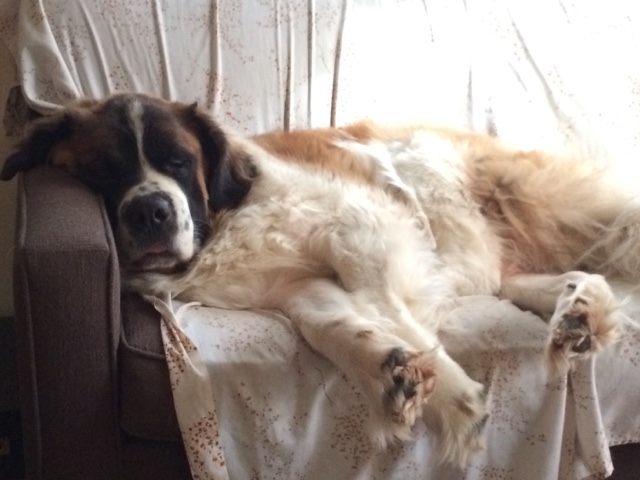