I'm curious, what's your most commonly used canned food? Whether home-canned or store-bought, fresh or preserved, I find that tomatoes sustain me year round. In cooking I frequently crack open a jar or find the can opener, using one my favorite garden delights as a base for soups, stews, pasta, curries, sauces, etc and often finding myself in a pinch when I run out unexpectedly. 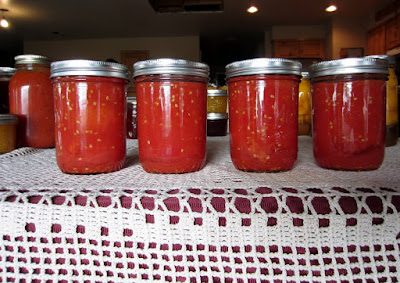 My awesome brother and sister-in-law nearly grew more tomatoes than they could use and shocked us by dropping off at least 3 or 4 bushel for canning endeavors in October. So lucky! I played a late game of tomatoes well into the night to get my bunch put up in time, deciding that pints are better than quarts when cooking for one or two people. When I used the last quarts this year I found I'd throw a 1/3 of the jar in the fridge for later use... but forgotten it would rot and mold and I'd be sad about the waste. 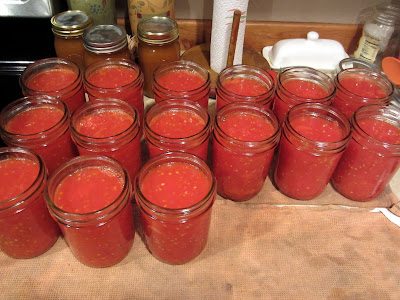